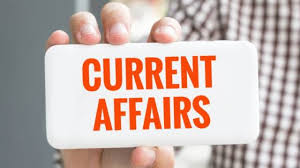 👉The Petroleum Conservation Research Association (PCRA) is an organization established in India in 1978, under the aegis of the Ministry of Petroleum and Natural Gas of Government of India

2) The Intel has announced that its board of directors has appointed 40 – year technology industry leader Pat Gelsinger as its new chief executive officer.

3) Ut Ghulam Mustafa, one of the finest Hindustani classical vocalists and torchbearer of the Rampur Sahaswan gharana, died at his home in Mumbai on Sunday. He was 89.
👉He was awarded the Padma Shri in 1991, Sangeet Natak Akademi Award in 2003, Padma Bhushan in 2006 and Padma Vibhushan in 2018.

4) First Lady Jill Biden has named Indian-American Garima Verma as her digital director and Michael LaRosa press secretary.
👉Garima Verma was born in India, grew up in Ohio and the Central Valley of California. She served as an audience development and content strategist on the Biden-Harris campaign.

6) The report, ‘International Migration 2020 Highlights’ said in 2020, 18 million persons from India were living outside of their country of birth.

👉The United Arab Emirates, the US and Saudi Arabia host the largest numbers of migrants from India

8) Colonel Prithipal Singh (retired), who has the unique distinction of serving in all three services, was presented with a silver salver on behalf of Chief of Defence Staff Gen Bipin Rawat on the occasion of Veterans Day.
👉During his service with the military, he participated in World War 2 and the 1965 Indo-Pak war.

9) The expert committee will be headed by IRDAI Chairperson, Subhash Chandra Khuntia to examine the availability of health insurance products in the country.

10) The Trump administration has re-designated Cuba as a “state sponsor of terrorism”, reversing an Obama-era decision days ahead of the inauguration of President-elect Joe Biden.

11) The Bengaluru has been ranked first in the fastest growing technology center in the world, while London is at number two.

12) Leading defence company Thales and state-run Bharat Dynamics Limited (BDL) have signed a ‘Teaming Agreement’ to work in partnership on the ‘STARStreak Air Defence system ‘with the support of both the Governments of India and the United Kingdom. The system is to be developed under the ‘Make in India’ programmes.
▪️Bharat Dynamics Limited (BDL) :-
Headquarters: India
Founded: 1970, Hyderabad
Parent organizations :- Ministry of Defence

13) Union Education Minister Ramesh Pokhriyal ‘Nishank’ was honoured with the “Sahitya Gaurav Samman” by the Hindi Writers Guild, Canada for his literary work.