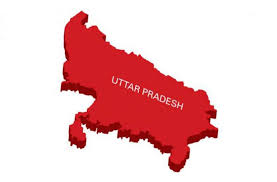 The 23rd edition of the National Youth Festival (NYF) 2020 was held at Indira Pratishthan, Lucknow, Uttar Pradesh from January 12-16, 2020. It was jointly organised by the Ministry of Youth Affairs and Sports (MYAS) and State Government of Uttar Pradesh. The theme of the 2020 NYF was “Fit Youth, Fit India”

On January 5, 2020, As per Agricultural and Processed Food Products Export Development

ii.A MoU was signed with the National Cooperative Development Corporation (NCDC) to include co-operatives for active role in AEP. Over 800 farmers producer organizations were signed the agreement.

On January 05, 2020 Uttar Pradesh (UP) became the 1st state in India to conduct an exercise to shortlist migrants from Pakistan, Bangladesh and Afghanistan for eligibility under the new Citizenship Amendment Act (CAA) 2019. This exercise will also eventually identify the people living illegally in UP.

About Uttar Pradesh (UP):

On January 7, 2020, The Union Government has launched 2nd phase of vaccination drive under Intensified Mission Indradhanush (IMI) 2.0 at block level in 35 districts of Uttar Pradesh (UP).

It is the 2nd phase of the nationwide immunization drive to mark the 25 years of Pulse polio program. The previous version (IMI 1.0) was launched by the centre in 2017. Prior to this, Mission Indradhanush launched in the year 2014, which sought to achieve 90 % immunisation coverage in India by 2020.

On January 10, 2020 the Airports Authority of India(AAI) has announced that 4 Indian airports have received international recognition for reducing the carbon emission level as per the standards set by Airports Council International (ACI) for the grading. The 4 airports are as follows:

On January 16, 2020 Two villages namely Bahadurpur and Kheri Viran of Uttar Pradesh (UP) has set to become India’s first ‘Model Sports villages’ as a part of Institute of Management Technology (IMT) Ghaziabad, UP ‘Adarsh Khel Gram’ program in association with NGO(Non Governmental Organization)‘ Sports: A Way of Life’ to evolve sports culture and increase sports literacy in the country.

India’s 1st War Memorial for Animals to be set up in Meerut, UP

On January 23, 2020 the govt has announced to set up country’s 1st war memorial for service animals such as dogs, horses, mules in Meerut, Uttar Pradesh(UP). This war memorial will come at army’s specialized breeding, rearing training centre for animals in the Remount and Veterinary Corps (RVC) Centre and College in Meerut.

launched ‘Damini’ helpline service considering the safety of the women passengers in Uttar Pradesh (UP). As the extension of ‘Nirbhaya Yojana’ the unique number “81142-77777” has been subscribed for this helpline, which was launched by transport minister Ashok Kataria in Lucknow, UP.

On January 8,2020 The Uttar Pradesh Cabinet has approved a proposal to set aside Rs.234 crore for a zoological garden spread across 121 acres in Gorakhpur, Uttar Pradesh to be named after the freedom fighter and revolutionary Shaheed Ashfaqullah Khan.

On January 21, 2020, Uttar Pradesh (UP) government has implemented ‘Mukhyamantri Krishak Durghatna Kalyan Yojana’ (earlier ‘Mukhyamantri Krishak Durghatna Bima Yojana’) for the farmers in the state w.e.f. 14th September 2019. The assistance of Rs 5 lakh will be provided to the farmers’ family in case of a farmer’s death and Rs 2 lakh if a farmer becomes 60% handicapped or more, while working in fields. The age limit of the scheme is between 18 to 70 years. This scheme is fully funded by the government of UP. The scheme will also be applicable for Bataidars, the farmers who work in the field of other persons, and share the crop after it is harvested.

GeM signed MoU with UP for GOTT Project Management Unit

On January 27, 2020, The Government eMarketplace (GeM) under the Department of Commerce of the Ministry of Commerce and Industry (MoC&I) has signed a Memorandum of Understanding(MoU) with the Uttar Pradesh(UP) govt to set up a GeM Organizational Transformation Team (GOTT) Project Management